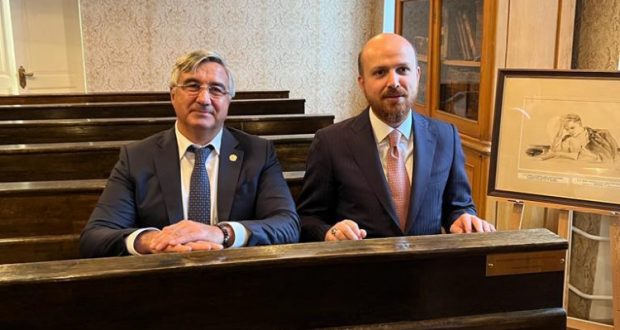 Bilal Erdogan, President of the World Ethnosport Confederation, arrived in the capital of Tatarstan to go into business with KFU. As part of the official visit, he met with the President of the Republic of Tatarstan Rustam Minnikhanov. The leader of the republic thanked Bilal Erdogan for participating in the global youth summit this year. The event was an excellent opportunity to strengthen Russia’s interaction with the countries of the Islamic world.

Bilal Erdogan also met with Deputy Prime Minister of the Republic of Tatarstan, Chairman of the National Council of the World Congress of the Tatars Vasil Shaykhraziev. They discussed the issues of holding Sabantuy in Eskisehir next year. Bilal Erdogan noted his readiness to assist in the preparation of the Tatar national holiday.

In addition, the President of the World Ethnosport Confederation spoke about the work to conclude agreements with universities around the world for joint research. According to him, the cooperation of the Center for the Study of Eurasian Culture with KFU will strengthen bilateral relations between Russia and Turkey.