Home / News / In Chelyabinsk, a competition of Tatar families “Tatar gailase” is being held 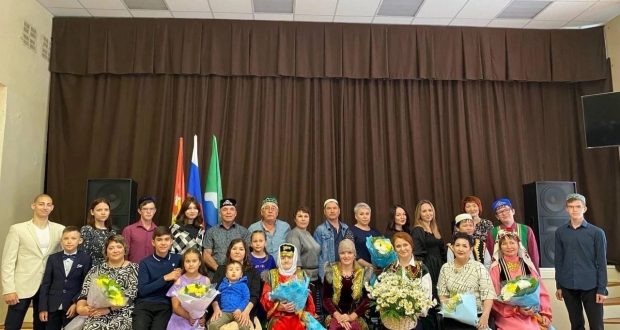 In Chelyabinsk, a competition of Tatar families “Tatar gailase” is being held

Thanks to the Fund for Support of Civic Initiatives of the Southern Urals, created on the initiative of the Governor of the Chelyabinsk Region Alexei Leonidovich Teksler, the regional competition of Tatar families “Tatar gailase” is being implemented in our region.

“The Congress of Tatars of the Chelyabinsk region always pays attention to children, youth, and families. The Tatar Family project aims to preserve and support traditional family values.

On the eve of the holiday of the Day of Family, Love and Fidelity, a meeting was held with the participants of the competition from the Ashinsky district. The families got to know each other, treated each other to their specialties of Tatar cuisine, shared family traditions and delighted with their creative performances. The meeting was very warm and sincere. I really want such meetings with families to become traditional,” shared Lena Rafikovna.

The contest “Tatar gailase” is held with the support of the Civil Initiatives Support Fund of the Southern Urals. Participants of the competition are declared in 14 different nominations. Winning families will be invited to a gala awards ceremony in October 2022.