Home / News / In Moscow, there will be commemorative events dedicated to Gabdulla Tukay 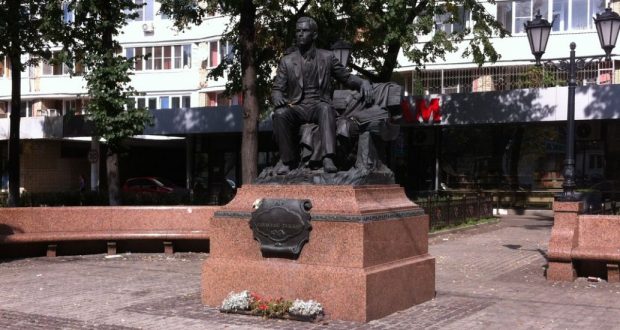 In Moscow, there will be commemorative events dedicated to Gabdulla Tukay

April 26, 2017 in Moscow will be a memorable event dedicated to the birthday of the great figure of Tatar literature Gabdulla Tukay.

The festival will begin with a ceremony of laying flowers at the monument to the Tatar poet.

Gabdulla Tukay (1886-1913) – one of the founders of modern Tatar literary language, publicist and public figure. His works have been translated into the languages ​​of many peoples of the world. In turn, G.Tukay translated a number of poems by A.S. Pushkin, M.Yu. Lermontov, N.A. Nekrasov, A.V. Koltsov and other great poets in the Tatar language.

The second part of the event will be held in the Tatar Cultural Center of Moscow (House of Asadullaev).

The beginning at 13:00 at Moscow, Maly Tatar lane.