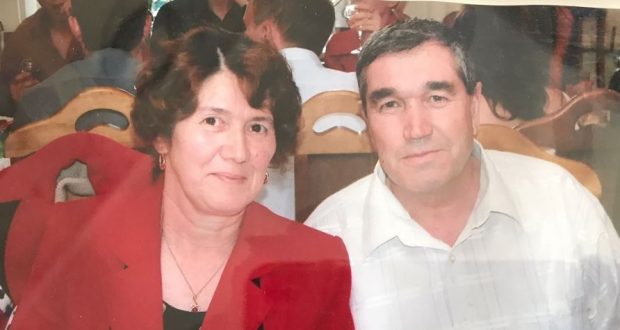 In the Chelyabinsk region, the regional competition “Tatar gailase” is taking place.

In the Chelyabinsk region, the regional competition “Tatar gailase” is taking place. The Gabbasov family from Kunashaksky district take part in the nomination “Par kanatlar” (“Together in life”).

Lilia Zhanovna and Rafael Galeevich often tell their children: “Patience and work will grind everything.” This spouse knows firsthand the truth, the couple has been together for 50 years.

They got married back in 1972. They were not in a hurry with the children, both tried to get an education. Lilia Zhanovna was the first to graduate from the Institute of National Economy in Sverdlovsk, became an economist, and then helped her husband with his studies for another two years – he received a degree in mechanical engineering already at the Chelyabinsk University. Settled in Kunashak. Times were tough but fun. So after 7 years of a happy marriage, the couple had their first child – Rustam. Family work days have begun. Lilia Zhanovna worked at the local tax office, Rafael Galeevich worked at the state farm. They built a house, bought a car. Soon the couple became large: the eldest, with a difference of several years, had brothers Ildus and Ilgiz.

Today, beloved grandchildren often come to the cozy house of the Gabbasovs. The couple has six of them. The eldest is 20, and the youngest is three. “This is our pride!” – admire the participants of the competition. They pass on knowledge of their native culture to them. Ancestors are remembered up to the fifth generation.

Spouses read and sing in the Tatar language. Everyone celebrates national holidays together, the Gabbasovs’ house always smells of delicious pastries.

The secret to longevity in married life is to give in to each other, appreciate, love, respect and make concessions.

*The project “Tatar gailase” is implemented using a grant from the Governor of the Chelyabinsk region for the development of civil society, provided by the Foundation for Support of Civil Initiatives of Southern Ur