Home / News / Preservation of the language, traditions and unique culture of the people: what topics were raised at the World Congress of Tatars 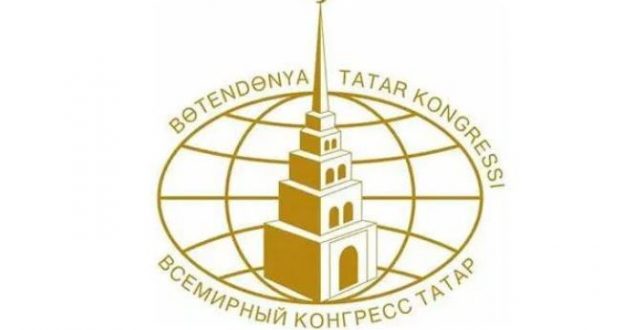 Preservation of the language, traditions and unique culture of the people: what topics were raised at the World Congress of Tatars

A large-scale event for the Tatars of the whole world – the World Congress of Tatars was held this week in Kazan. Anniversary, but special not only for this reason. The delegates, who gathered more than one and a half thousand from 35 countries, faced very important strategic and even political tasks: to choose a new composition of the national council of milli shura, the leader, and most importantly, to determine the strategy for the development of the people and preserving their identity. Somewhere they acknowledged omissions, somewhere there was praise, but the main thing is that they managed to build a dialogue, within the framework of which a plan appeared, according to which the Tatar public is to live today. Elvira Faizulina looked at it point by point.

The points of residence of the Tatars on the world map are scattered like patterns on a female kalfak. The people, scattered all over the Earth, according to tradition, once every five years gather in the capital of the Tatar world. Uzbekistan, Azerbaijan, Turkey, Finland, China, Afghanistan – representatives of 35 countries of the world and 76 regions of Russia, traveled hundreds, thousands of kilometers to meet with their loved ones.

After a walk through the hay bazaar on the embankment of Lake Kaban and a visit to the historical homeland of the Volga Tatars – Bolgar, charged with the spirit of their native culture, one and a half thousand delegates and guests gathered in Kazan – Expo. In the hall of the modern center, men and women in skullcaps and kalfaks – this contrast is like a reflection of how they strive to carefully preserve their national identity, despite the distances and challenges of the time.

Now, in addition to cultural events, in preserving traditions, it is important to move to other areas, participants in the sessions and speakers of the plenary session noted.

Now there are many mass events, festivals, Sabantuy, says Damir Iskhakov, but according to the ethnographer, doctor of historical sciences, there is not enough intellectual work, expert work, interaction with other public organizations.

This year the World Congress of Tatars is 30 years old. And symbolically, the jubilee congress was held in the year of the 1100th anniversary of the adoption of Islam by the Volga Bulgaria. At the plenary session, they talked about the inextricable connection between nationality and faith. This is part of the history of the Tatars. The desire to preserve religion, according to some experts, is partly a contribution to the development of national identity.

There is also concern for the preservation of the language. In Tatarstan, this is given special attention, but there are regions where it is assimilated. And with it, tradition. Rustem Yamaleev, moved to Moscow from Nizhnekamsk 25 years ago. Since then, he has been building a Tatar environment there so that Moscow youth would continue the traditions of Tatar families.

Mintimer Shaimiev addressed the leadership of the republic and the Congress of Tatars with a specific idea at the plenary session. He proposed to create a summer camp in Bolgar for children who grow up far beyond the borders of the homeland of the Tatars. To instill love for the native language and religion not through stories, but by immersing them in this world.

If you see and understand once in childhood, then later, having matured, they themselves will talk about it from the stands, even better than us

One of the proposals that was made at the meeting was the opening of Tatar private schools or centers outside the republic. This is possible, but not everywhere. Meanwhile, in Afghanistan, they are looking to establish online courses.

Shinwari Mehammat Yusuf, delegate from Afghanistan: “It is very difficult, we have a big problem with the language. We asked for help with online study and books.”

On the final day of the congress, the participants approved the new composition of the National Council of the World Congress of Tatars and re-elected the chairman, Vasil Shaykhraziev will remain in this post.

We completed the meeting, which brought together representatives of the nation from all over the world, with the anthem of the Tatar language, the song “I Tugan Tel”.

Just as kalfak is painstakingly created by hand for a long time, with small steps, bit by bit, stitch by stitch, people who are not indifferent to their people will strive to develop national self-consciousness further. The Congress of the World Congress of Tatars gave new strength, inspiration and vectors for development for the next years.