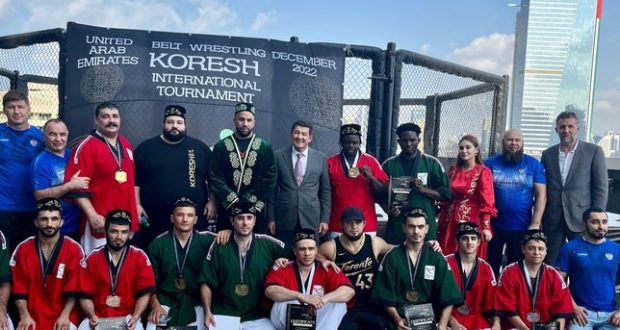 The international belt wrestling tournament – Tatar koresh took place at the TK MMA FIT sports club. About 50 athletes from 12 countries took part in the final of the competition. Among wrestlers 7 sets of awards in weight categories from 60 to 130 kilograms were played.

A delegation of the Republic of Tatarstan consisting of 12 people under the leadership of the President of the International Koresh Federation Jaudat Minnakhmetov arrived in the UAE for the competition. The guest of honor was the founder of the TK MMA FIT club, mixed martial arts fighter Tam Khan. The President of the Koresh Federation presented him with a national Tatar costume and invited him to the Koresh World Championship, which will be held in June 2023 in Tatarstan.