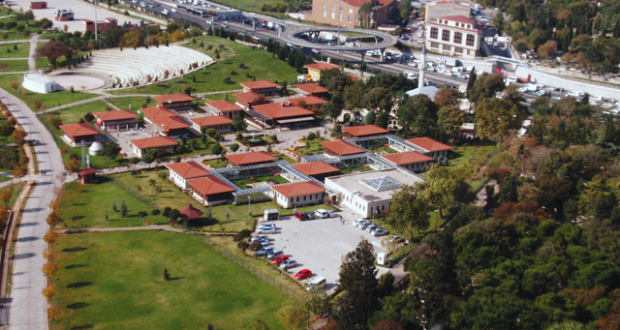 April 15 at a culture Topkapi park in Istanbul took place a creative conference devoted to the 130th anniversary of the great Tatar poet Gabdulla Tukai.

Before the start of the conference participants got acquainted with the exhibition devoted to creativity of Gabdulla Tukai, as well as an exhibition of photographs by a member of society and a culture of mutual Volga-Urals Tatars Istanbul Atilla Kyutuz.

The conference participants were welcomed by general director of the organization “Kultur A.SH.” of Istanbul city hall Nevzat Kyutyuk, Plenipotentiary Representative of the Republic of Tatarstan in the Turkish Republic Aidar Gashigullin, Chairman of Volga-Ural Tatar culture and mutual society Gülten Urally, Consul General of the Russian Federation in Istanbul Aleksey Podeylyshev.

The gathered with great interest watched a film about the G.Tukai , and then a researcher of Institute of Turkkic studies of Marmara University Laysan Shakheen spoke a piece, Tatarstan students studying in the Republic of Turkey, read out poems by G.Tukai on different languages.

Guest from Kazan, an employee of the executive committee of the World Congress of Tatars, a poetess Shamsia Zigangirova pronounced words of welcome to conference participants, letters of gratitude and diplomas were awarded.

The festivities continued in a Center of the permanent exhibition of culture of peoples of Tatarstan at the Culture Park Topkapi and has ended by the Tatar national tea party treats.