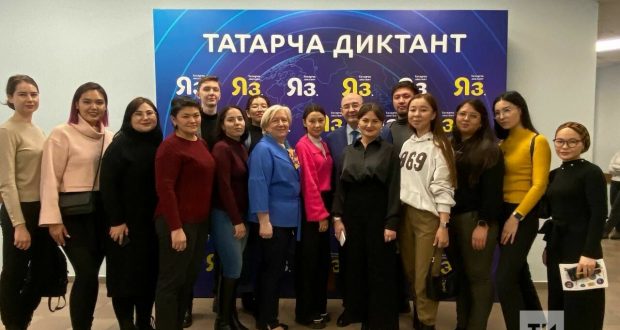 Students of Abay University (Kazakhstan) took part in the action “Dictation in Tatar”. They tested their knowledge of Tatar at the main site of the action – at the Institute of Philology and Intercultural Communications of KFU.

Students of the Kazakh National Pedagogical University named after Abay came to the institute for a 10-day internship. One of the participants, Mulder Tulen, said that they liked the idea of ​​writing a dictation in Tatar. Since Tatar and Kazakh are related languages, they did not have any difficulties in writing the text.

“Alfiya Yusupova (Professor of KFU) offered us. We were happy to participate. Our languages ​​are similar, you can write. Of course, there were difficulties. In general, the Tatar language is very beautiful,” Mulder said.