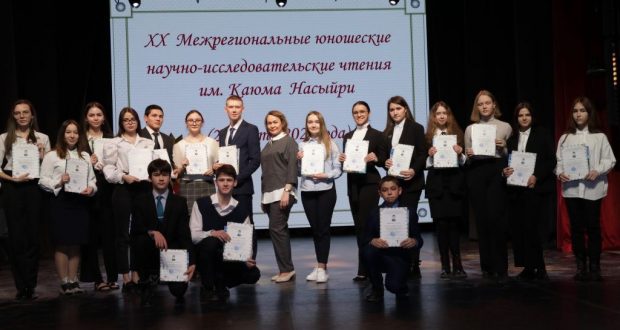 The purpose of the Readings is to identify capable, gifted children and create conditions for the development and realization of intellectual abilities. The participants of the Readings were students of 9-11 grades.

The work of the Readings was carried out in the following sections:
– “Style features of the Tatar language”;
– “Tatar prose and dramaturgy”;
– “Tatar poetry and oral folk art”;
– “Russian language and literature in the modern world”;
– “Local History” (in Tatar and Russian);
– “Problems of ecology in modern public space”;
– “Economy – a new look at familiar events”;
– “Geography – a world without boundaries”;
– “Mathematics and physics”;
– “Biology and chemistry”;
– “Digital technologies in human life”;
– “Decorative and applied art”.

The readings were carried out in two stages: at the first stage, papers were accepted, divided into sections and evaluated by reviewers. Out of 402 works sent to the Readings, only 174 works were selected for the second (full-time) stage. Among the participants of the full-time stage, 72 students were awarded diplomas of I, II, III degrees and encouraged with memorable prizes. The rest were awarded diplomas of participants in the readings.