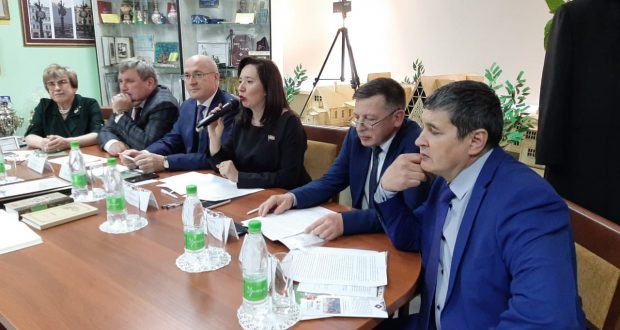 As Albert Karimov noted,  President of the republic, Rustam Minnikhanov, instructed to hold the ninth festival “Our Time – Beznen Zaman” this year at the proper level. “The day before,  RT Cabinet of Ministers issued an order on holding the festival, agreed on the budget, and also determined the dates for the festival, the places for organizing  zonal qualifying stages,” Karimov said.

In particular, this year  zonal stages will be held in the following order: October 8-9, Almetyevsk; October 15-16, Nizhnekamsk; October 22-23, Kazan; October 29-30, Zelenodolsk. Further, the teams that have successfully passed the zonal stages will meet on November 12-13 at the concert hall of the Volga Region Academy of Sports and Tourism, where the superfinal of the festival will take place. It was also decided today that on November 15, a gala concert will be held at  Pyramida Cultural Center, where  a collective   that having won the Grand Prix will be announced, the traditional challenge Cup of  President of the Republic of Tatarstan and a cash prize of 500,000 rubles to be awarded. The winner of the special prize “Heroes of Our Time” will receive a cash prize of 300,000 rubles.

Aidar Gainutdinov,  head of the Our Time – Beznen Zaman project, told the meeting participants that this season’s festival is faced with the task of attracting new participants – representatives of federal companies, large retailers, as well as various municipal enterprises.  “The number of those wishing to participate in our festival is growing every year. The guys see a high performing level, the opportunities that we present, mentoring from the jury and teachers of the festival, free master classes, round tables, rallies, as well as, of course, the unique atmosphere that reigns at all our festival venues, ”stressed Aydar Gainutdinov.

The 2020 festival was attended by 1240 contestants from 156 organizations and 41 municipalities, who were awarded 108 prizes. The winner of the Grand Prix last year for the third time became the collective of the State Budgetary Institution “Road Safety” The Heroes of Our Time prize has been  won by the Nizhnekamskneftekhim collective.

At the meeting of  organizing committee it was also reported that the current festival will traditionally be held with  support of  President of the Republic of Tatarstan and under the auspices of the Commission of the Russian Federation for UNESCO. This season it will be dedicated to the Year of Native Languages ​​and National Unity.