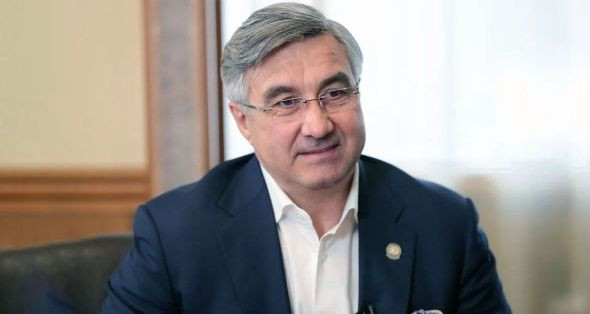 Deputy Prime Minister of the Republic of Tatarstan, Chairman of the National Council of the World Congress of Tatars Vasil Shaykhraziev congratulated the Tukayevsky region on its 45th anniversary. A significant event will take place tomorrow – it was on April 20 that the Chelninsky district was renamed Tukayevsky.

Shaikhraziev noted that the region played an important role in the history of the republic, and its inhabitants, during the construction of the Kama Automobile Plant, coped with the task and made their significant contribution. The official also mentioned Tukayevsky’s significant successes in the production of agricultural products, the development of culture and art. In conclusion, Vasil Shaikhraziev expressed gratitude for the successfully held republican events and wished new successes and achievements.

Tukaevsky district was formed on April 20, 1976. As of January 1, 2020, 42,511 people lived on an area of ​​172,949 hectares. It includes 23 rural settlements and 88 settlements. It is one of the leaders in rural areas of Tatarstan in terms of population welfare and economic development.