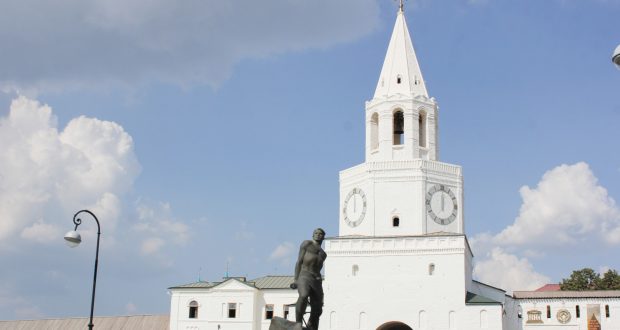 Memorial Day of Musa Jalil is held in Kazan

Today in Tatarstan they remember the poet-hero Musa Jalil – a group of underground workers, to which he was a member, was executed exactly 78 years ago. In the morning, the Kazan Museum of Jalil hosted an event called “Some of us will be missing …”, to which the descendants of the executed Dzhalil residents were invited – the daughter of the hero Chulpan Zalilova, granddaughter Tatyana Malysheva with great-granddaughter Elizaveta Malysheva, and also with the granddaughter of Rakhim Sattar – Lilia Sattarova. But at the last moment, Sattarova fell ill, so she could not attend the event.

Jalil’s great-granddaughter played the cello, Chulpan-khanum shared her memories, poems sounded, the story of the underground was told.

At noon, near the monument to Musa Jalil on May 1 Square, the Union of Writers of the Republic of Tatarstan gathered the traditional commemorative event “Echo of Heroism” (“Kaharmanlyk kaitavaz”). Poets Radif Gatash and Lyabib Leron performed before the guests, songs were sung, flowers were laid at the legendary monument.