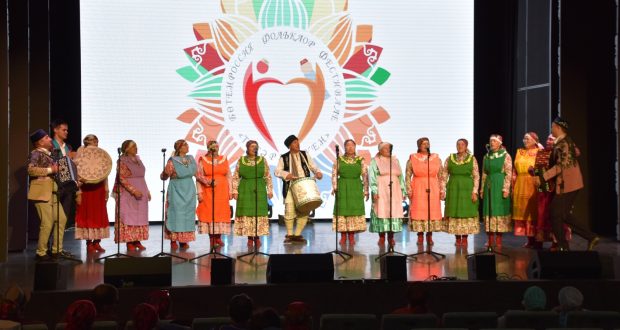 On August 29, 2022, from 10:00 to 16:00, the XIV All-Russian festival-competition of Tatar folklore “Tүgәrәk uen” will be held at the Cultural Center “Chulpan” (Prospect Pobedy, 48A). The organizers of the Festival have prepared a large concert program with educational workshops and an interactive program. More than 45 groups and performers from Tatarstan and regions of Russia will take part in the festival of Tatar folklore.

“Festival “Tүgәrәk uen” every year gathers more and more fans of Tatar folklore from all regions of Russia. Groups from the Kirov and Nizhny Novgorod regions, Omsk, Perm, St. Petersburg, Tyumen, the Udmurt and Mordovian Republics, the Republic of Bashkortostan, Minsk and many others come to us with their original musical repertoire. “Tүgәrәk uen” is becoming a good tradition and a meeting place for unique performers from different parts of our country,” shared Alsu Miftakhova, director of the State Budgetary Institution “Tatkultresurstsentr”.

The festival brings together folklore groups of various ethnic groups of the Tatars, and also introduces the diverse cultural heritage of the Tatar people.

The festival will be broadcast live on the PRO.Culture.RF platform https://www.culture.ru/live/broadcast/36820/xiv-vserossiiskii-festival-tatarskogo-folklora-t-g-r-k-uen

The Tugarak Uen festival is the only festival in Russia dedicated exclusively to the authentic folklore of the Tatars. It was first held by the Republican Center for the Development of Traditional Culture in 2010 in the Starokulatkinsky district of the Ulyanovsk region.