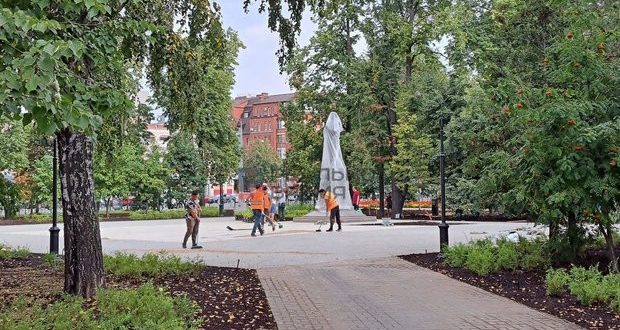 In Kazan, a monument to the People’s Artist of the TASSR Rashid Vagapov has already been installed in the square of the Tatar State Philharmonic named after Gabdulla Tukay on Pavlyukhin Street. This was reported by “Business Online”.

It will be opened tomorrow, on Republic Day, with the support of the head of the region Rustam Minnikhanov. The sculptor was People’s Artist of Russia Andrey Kovalchuk, and the architect was Honored Architect of Russia German Bakulin.

It reaches a height of five meters. For a complete picture of the monument, the adjacent territory was landscaped: paving stones, lanterns, benches, and lawns were replaced.

Vagapov was a great Tatar singer who laid the foundations of a professional Tatar stage. He was a native of the Nizhny Novgorod region and died at the end of 1962.