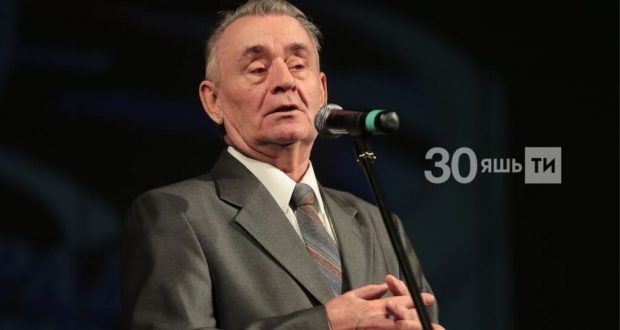 On December 9, at the age of 82, People’s Artist of Tatarstan, Honored Worker of Arts of the TASSR Rafael Ilyasov passéd away.

The funeral will be held in Kazan today.

Ilyasov Rafail Zaripovich – famous Tatar singer, People’s Artist of the Republic of Tatarstan, Honored Art Worker of the TASSR was born on April 28, 1939 in the village of Nizhneye Chekurskoye, Drozhzhanovsky District, Republic of Tatarstan. In 1954-1958. studied at the Kazan School of Music. In 1958 he entered the orchestral faculty of the Kazan State Conservatory, upon graduation he was awarded the qualifications of an orchestra artist, teacher. Since 1963 he has been in the orchestra of the Perm Opera and Ballet Theater. Since 1964 senior music programs radio STRC “Tatarstan”.

In 1992, he was appointed head of the editorial office of the musical programs of the State TV and Radio Broadcasting Company “Tatarstan”, where he worked until 2005. In 1984 Ilyasov Rafael was awarded the honorary title “Honored Worker of Arts of the Tatarstan Autonomous Soviet Socialist Republic” for his services in the field of Soviet musical art, in 1991 – “People’s Artist of the Republic of Tatarstan”.

In 2014, a candidate for the State Award  of Tatarstan named after G. Tukai.

Rafael Ilyasov gained wide popularity among connoisseurs of music as a performer of Tatar folk songs. The singer’s repertoire consisted of the works of the most popular and beloved by the Tatar listeners, which brought a purely national flavor to his concerts.

People’s Artist of the Republic of Tatarstan (1991)

The Executive Committee of the World Congress of Tatars expresses deep condolences to the family and friends of the deceased. This is a great loss for our nation. May he rest in peace!