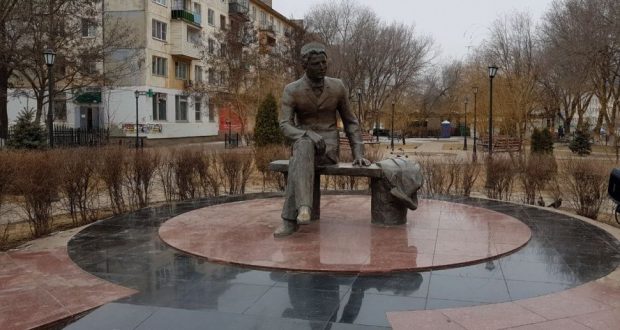 On the eve in Astrakhan, a monument to the great Tatar folk poet G. Tukai was attacked by vandals. Deputy Prime Minister of the Republic of Tatarstan, Chairman of the National Council of the World Congress of Tatars Vasil Shaikhraziev and Governor of the Astrakhan region Igor Babushkin discussed this night incident and condemned the act of vandalism. Igor Babushkin expressed his compassion  for the incident and stressed that the police are looking for intruders. He also assured that in the coming days the monument will acquire its former appearance.