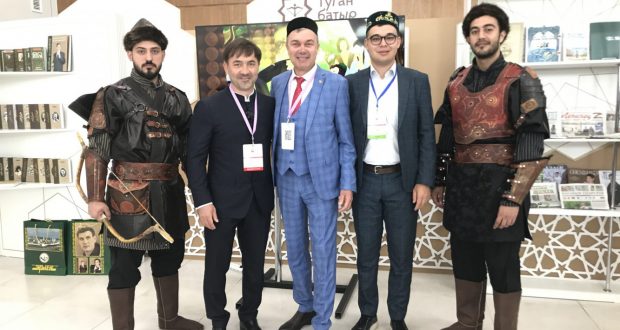 From July 30 to August 2, 2022, the VIII Congress of the World Congress of Tatars was held in Kazan, which brought together representatives of 76 regions of Russia and 35 countries of near and far abroad. The leaders and activists of the Tatar public organizations of the Leningrad region took part in its work: the Tatar cultural society “Faida” (benefit), the “Tatar-Bashkir society of the city of Gatchina and the Gatchina district of the Leningrad region” YULDASH “(” Fellow traveler “), “Tatar society” ANSAR” of the Vyborgsky district, “Tatar society of the Tosnensky district of the Leningrad region” Izge yul “(” Good way “) and others.

The congress participants discussed the issues of preservation and development of the Tatar language and the national and cultural heritage of the people, the role of the family in the formation of self-awareness.

The first meeting of the new composition of the National Council of the World Congress of Tatars also took place. Vasil Shaykhraziev was again unanimously elected Chairman of the Council. The Council also included a representative from the Leningrad Region – Chairman of the Interregional Cultural and Educational Public Organization “Tatar Community of St. Petersburg and the Leningrad Region” Rashid Magdeev.

The cultural program of the congress included visits to the memorable and iconic places of the region, the city of Bolgar, as well as excursions to museum sites, the festival of Tatar modern design and Tatar urban culture – Pechen Bazary, an exhibition dedicated to the 30-year history of the World Congress of Tatars and a concert of art masters Republic of Tatarstan.