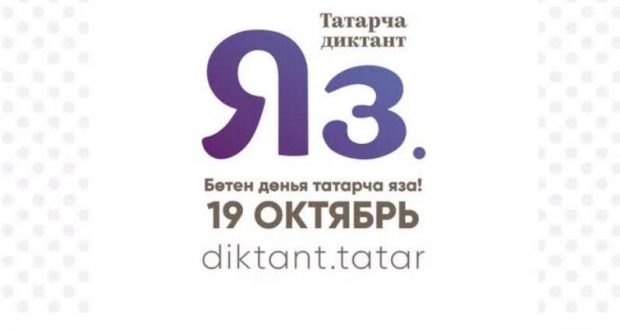 On October 19, at 13:00, an educational action to test literacy in the Tatar language “Tatarcha dictation” will be held around the world.

Dictation is carried out on a single day in all subjects of the Russian Federation, foreign countries and in the regions of the Republic of Tatarstan. The main venue for the action in Kazan is the Institute of Philology and Intercultural Communication of KFU (Tatarstan St., 2). All other addresses located around the world are posted on the official website of the action http://diktant.tatar. This year, the dictation will be held in 45 regions of the Russian Federation, in all regions of the Republic of Tatarstan and in 12 countries of the world. Among them are Turkey, Azerbaijan, England, Canada, Bulgaria, Germany, Kazakhstan, the UAE and others.

In Kazan, “Tatarcha dictation” will also be written in universities and public organizations (KSMU, KSEU, KGIK, the International College of Service, KHTI, the first halal fast-food restaurant “Tyubetei” and others). In addition, the action is held in secondary schools in Kazan and Tatarstan. The dictation in the Tatar language will be checked by  organizers of the sites, among which there are philologists, professors and doctors of philological sciences. At each site of the educational action, the text of the dictation will be read by honored artists and other famous people.

The results of the dictation will be published on the official website of the action no later than 30 days after the event.

On October 14, 13.00, an official press conference will be held on  holding of the annual Tatarcha Dictation campaign.