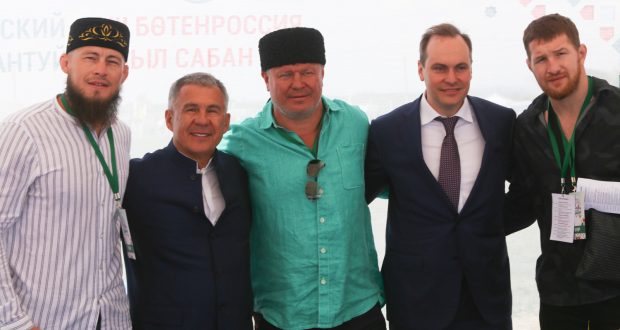 On July 2, 2022, the All-Russian Sabantuy was held in the capital of Mordovia, Saransk, a traditional holiday dedicated to the end of spring field work. The fighter of the Ultimate Fighting Championship (UFC) Rinat Fakhretdinov, his coach Marat Kapkaev, the legend of mixed martial arts, film actor and TV presenter Oleg Taktarov, the head of the Republic of Tatarstan Rustam Minnikhanov and other famous people became its guests of honor.

In communication with media representatives, Taktarov said about Rinat Fakhretdinov: “He is the pride of the Volga region, Russia and the entire Tatar people. The first Tatar who signed a contract with the world’s leading promotional organization in mixed martial arts – UFC. He made his debut fight across the ocean, confidently won it. Rinat is the property of Mordovia, and of the entire Tatar people of the planet Earth.”