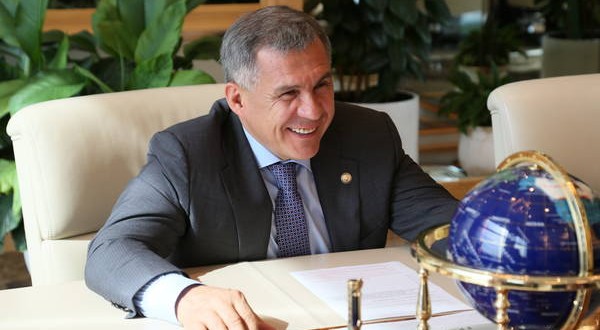 Rustam Minnikhanov has won a landslide victory in elections

2 million. 444 thousand. 194 voters took part in elections. The turnout was 84.20 percent. The victory in the elections has won Rustam Minnikhanov, who collected 94.40 percent of the votes. For Hafiz Mirgalimov voted – 2.56 percent for Rushan Bilgildeev – 1.67 percent, Ruslan Yusupov – 0.81 percent, said RT CEC Chairman Ekzam Gubaidullin at the press conference for journalists.

September 15, the RT CEC Chairman Ekzam Gubaidullin presented Rustam Minnikhanov the certificate of election as the President of the Republic of Tatarstan.

Inauguration of Rustam Minnikhanov as the President of the Republic of Tatarstan is to be held on September 18. The event will take place at the Big Concert Hall named after S. Saydashev and begins at 12.00 am.