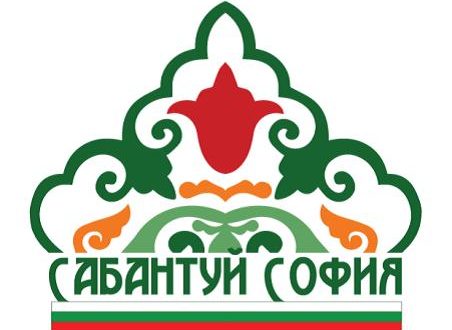 Sabantui and scientific roundtable in Bulgaria

From May 19 to 22, 2016, the capital of the Republic of Bulgaria, Sofia, hosted the International scientific round table “Volga Bulgaria: History and Civilization” and Sabantui 2016 in Bulgaria.

The roundtable May 20, 2016, the Republic of Tatarstan was represented by Head of the Department of History of the Tatar-Bulgarian civilization History Institute after Sh.Mardzhani, Tatar Academy of Sciences, Chairman of the Board of the RT society of ethnographers at the Executive Committee of the World Congress of Tatars, RT Honored worker of science A. A. Burhanov. To take part in Sabantui in 2016 in Bulgaria a delegation of Tatarstan was headed by RT Deputy Chairman of RT State Council R.A.Ratnikova, representatives of the Ministry of Culture of the Republic of Tatarstan and Tatar groups of artists

and masters of national arts, artists, kurai players and artists from Bashkortostan.

International scientific round table “Volga Bulgaria: History and Civilization” and “Sabantui-2016” was held in Sofia at the initiative of the Tatar Diaspora in Bulgaria and the public organization “Volga Bulgaria” (Sofia) with the support of international and Bulgarian organizations, in particular UNESCO , the People’s Assembly (Parliament) of Bulgaria, the National Commission of UNESCO in Bulgaria, the Russian Embassy in Bulgaria and the Russian cultural and information offices Rossotrudnichestvo in Bulgaria, as well as the with participation of the Ministry of culture of Tatarstan, the Bulgarian radio and television.

The Round table on this subject and format was the first time, but in spite of this attracted the attention of the Bulgarian and foreign public and scientists.

The round table on behalf of the leadership of Tatarstan History Institute after Sh. Mardzhani RT AS was represented the head of the Department of History of the Tatar-Bulgarian civilization Institute of history of RT AS, RT Honored worker of science A. A. Burhanov that at the plenary session, which was held in the hall of the

Russian Cultural Centre, on behalf of the Tatarstan Academy of Sciences History Institute management, the Executive Committee of the World Congress and the Ministry of culture, welcomed the participants and organizers of the scientific forum, read out a greeting from A. M. Sibagatullin Minister of culture, handed the Tatar Diaspora activists and organizers diplomas, letters of appreciation and gifts from director of History Institute Director RT AS R Hakimov and Chairman of the Executive Committee of the WCT Doctor of history R. Z. Zakirov. In particular, 2 and 3 volumes of 7-volume “History of Tatars” have been passed, books and CDs about the history and culture of Tatarstan and Tatar people.

According to the program of the Round Table Albert Burkhanov made a presentation on the topic “On the way of Akhmad ibn Fadlan through 1000 years (some of the results of the expeditions on the reconstruction of the medieval trade and caravan routes from the Volga Bulgaria to the Muslim countries of the East).”

The report was accompanied by a rich presentations, in which the archaeological, architectural and ethnographic materials from Iran, Central Asia, Kazakhstan and the Volga-Ural region were manifested. At the end of the report the film “Expedition” Safir-89 “on the way Ibn

In the work of Round table, two meetings were attended by Bulgarian and foreign researchers of the Bulgarian civilization, history and archeology of the Bulgarian lands, public figures, museum workers, writers, artists, publishers and media professionals.

As part of the conference, in the conference hall of the Russian Cultural Centre in Bulgaria an exhibition and sale of books, photographs, paintings, articles of decorative applied art, national cuisine of Tatarstan, Bashkortostan and Bulgaria was arranged. The films on the history of Volga Bulgaria, Tatarstan city of Kazan and the Tatar people were shown.

By results of the Round Table foreign visitors in Bulgaria Press House held an hour-long press conference, which was attended by about 10 journalists of Bulgaria newspapers. Journalists were particularly interested in

issues related to the historical and cultural roots of the Bulgarians and Tatars, the model of socio-economic and cultural development of Tatarstan, the role of the Tatars in the history of Russia, Bulgaria possibilities of contacts with Tatarstan and other Russian regions in the field of economy, agriculture, construction, culture, education, science and regulation of inter-religious relations.

The round table participants have been awarded with letters of the Organizing Committee of charity. A.A.Burkhanov was awarded a silver commemorative medal of the Parliament of Bulgaria, “130 years of the National Assembly of Bulgaria institutions (1879-2009).”

The tradition of Sabantui in Bulgaria was founded in 2015. To participate in the “Sabantuy-2016” in Sofia a big delegation led by Deputy Chairman of RT State Council Rimma Atlasovna Ratnikova arrived. The celebration was attended by the Russian ambassador in Bulgaria Yu. N. Isakov, representatives of Moscow, military and cultural attaché of the Russian Federation in Bulgaria, Rossotrudnichestvo in Bulgaria and others.

At the beginning of the holiday a video greeting by UNESCO, Secretary-General Irina Bokova was presented, who congratulated the guests and participants of the festival, thanked the Bulgarian side and Tatarstan for organizing a wonderful holiday “Sabantui” in Bulgaria.

Head of the Department of History of the Tatar-Bulgarian

RT Honored Worker of Science A. A. Burkhanov