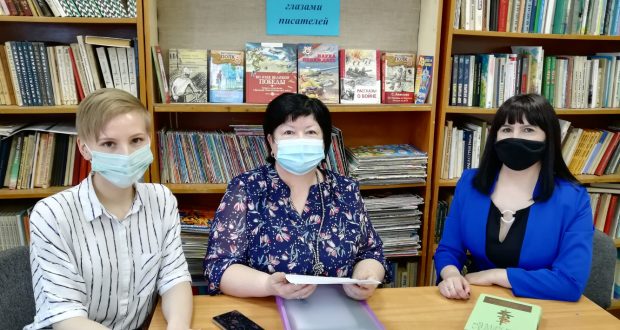 Сreative evening “Islam in the history of the Tatar people

In the Library of National Literatures of St. Petersburg, within the framework of the cultural and educational project “Tatar Living Room” organized by  Permanent Mission of the Republic of Tatarstan in the city of St. Petersburg and the Leningrad Region, a creative evening “Islam in the history of the Tatar people” was held. Historians, orientalists, the Tatar community, representatives of the youth movement were invited to the event.

With the participation in the event of  Deputy Permanent Mission of the Republic of Tatarstan Damir Sabirov, those present honored with a minute of silence the memory of those killed in the terrorist attack in the Kazan gymnasium No. 175.

The presenters spoke about the history of Islam. In such a huge multinational country like Russia, according to the established historical tradition, not only different nationalities but also very different religious confessions and beliefs are closely intertwined. Since ancient times, in Russia, through the years and centuries, the two most widespread religions – Christianity and Islam – have been walking shoulder to shoulder. Tatars are among the most numerous adherents of the Muslim faith. The penetration of Islam to the lands called the Volga Bulgaria began as early as the ninth century, and already in the tenth century the majority of Bulgars accepted Islam.

In the 13th century, most of Eurasia was conquered by the Mongols and the Mongol Empire of Genghis Khan was formed. But already in the XIII century, thanks to the efforts of Berke Khan, Ulus Jochi separated into a separate independent state. And with the adoption of Islam by Khan Berke, many ruling families also accepted Islam.

In 1552 – 1556 the Kazan Khanate was conquered by Moscow. The Russian state carried out violent Christianization in relation to the Tatars, especially in the Volga region. Despite the sophisticated methods of Christianization, the majority of the Tatars still remained faithful to Islam. Convinced of the futility of such a policy, the Russian state was forced to recognize Islam. In 1788, the Spiritual Administration of Muslims was created – the muftiat, the first mufti of which was Muhammadzhan Khusainov. Despite all the difficulties, great scientists-theologians grew up among the Tatars. Such as Batyrshakh, Kursavi, Utyz-Imyani, Tadjedin Yalchigol, Mardzhani, Gab-derrashid Ibragimov, Akhmedhadi Maksudi, Musa Bigiev, Rizaeddin Fakhreddin and many others. As you can see, the adoption of Islam by our ancestors began in the VIII century and ended in the XIV-XVI centuries. Islam played an invaluable role in the education and preservation of the Tatar people.