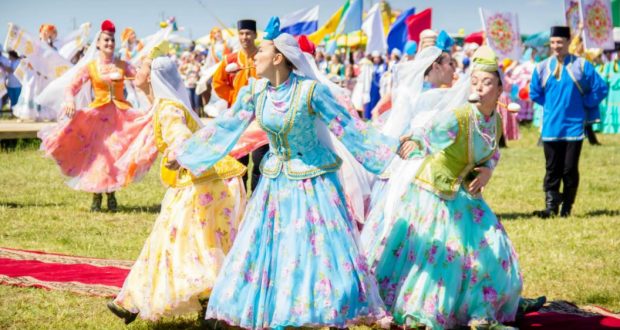 Nizhnevartovsk this year will become the venue for 21 Federal Sabantuy. The opening will take place on June 18, on this day at the Palace of Arts a concert of the State Song and Dance Ensemble of the Republic of Tatarstan will take place, and the main celebrations are scheduled for June 19. They will be held at the central stadium, and the embankment area will also be involved.

A delegation of more than 300 people from Tatarstan will arrive in the city – they are members of creative collectives , cultural figures, representatives of government bodies.

A feature of the 21 Federal Sabantuy will be that it will be held as part of the Samotlor Nights Festival of Arts, Labor and Sports, and the national Tatar flavor will be complemented by the national motives of the indigenous peoples of Ugra.

It is worth noting that the symbol of the Federal Sabantuy – “Tulpar” has already been brought to Nizhnevartovsk; it was handed over to the representatives of the municipality in April, as part of the Days of Tatar Culture taking place in the city.