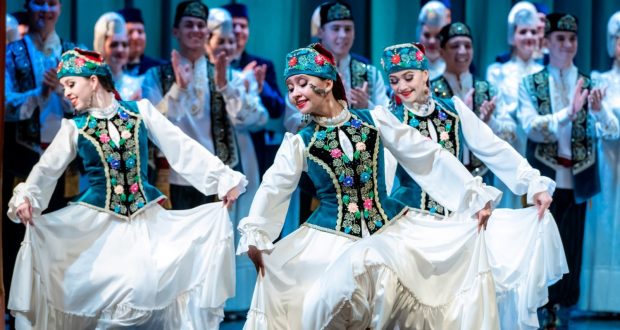 XII International festival “Sinegorye” was held on November 1-4 in Chelyabinsk. As part of the event, State Song and Dance Ensemble of the Republic of Tatarstan gave solo concerts in Chelyabinsk and Troitsk.Spectators could get acquainted with the culture, traditions and customs of the Tatar people. The ensemble performed their best numbers, as well as new productions.

The closing of the festival took place on November 4 – National Unity Day. The Ural State Dance Ensemble, ensembles from Tatarstan, Donbass, Chechnya and Uzbekistan performed on the same stage.

The Sinegorye festival presents samples of the traditional culture of different peoples, giving viewers the opportunity to appreciate the beauty of cultural life outside the South Urals.