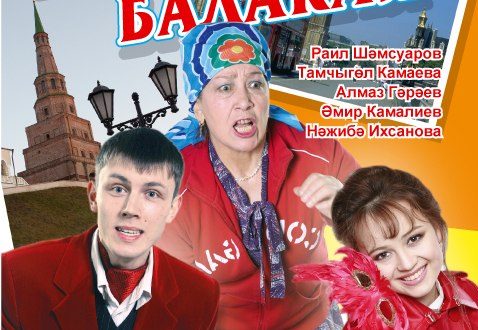 In the center of Tatar culture of the city of Ulyanovsk, a free preview of Tatar comedy film by Nuria Jamali “Kiyaү Balakay” was arranged. The organizer of the event became the Ulyanovsk Oblast Tatar Youth Public Organization “Yana Dulkyn.”

Many generations have their idols, their favorite films and favorite directors, but at the same time we should not forget about the national cinema.

Today cinema has become the most popular type of art. The cinema is a kind of mirror that reflects lives of people, history of different eras and cultures, whole nations, shapes our attitude towards life, our culture and behavior, especially among young people.

Activists of “Yana Dulkyn” organized viewing of the Tatar film to form a representation among young people about history, culture, customs and mentality, positive qualities of the Tatar nation.

The event was attended by over 35 people, including families with children. After movie, discussion was held in a friendly atmosphere, as traditionally, among Tatars over a cup of tea with sweets.