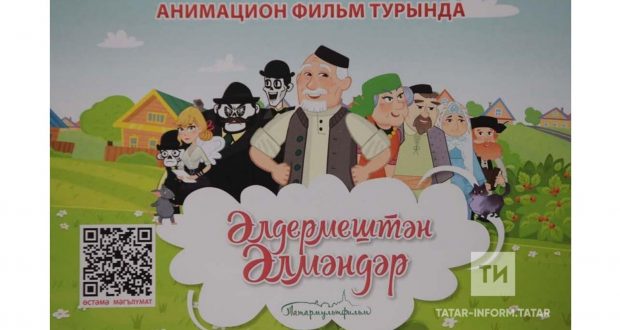 A press conference dedicated to the full-length animated film “Almandar from Aldermysh” was held in Kazan on December 21.

In 2022, the Tatarmultfilm association completed work on a film based on the play by Tufan Minnullin.

The project involved 18 illustrators and 26 animators who drew and animated 90 characters, 650 backgrounds, 1126 scenes.

The characters “speak” with the voices of the artists of the Kamal Theater: Ravil Sharafeev, Emil Talipov, Ilnur Zakirov, Leysan Gataullina.

In the future, the film is planned to be dubbed in Russian, then released in wide distribution throughout Russia.