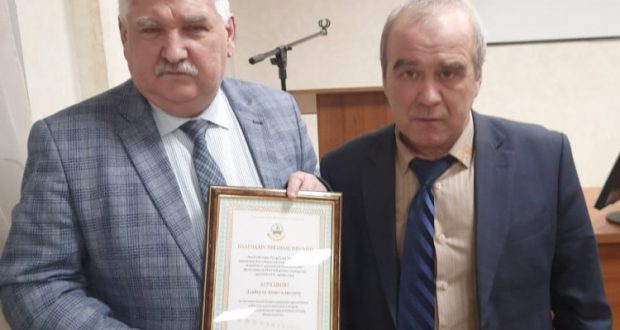 At the suggestion of V.V. Khomenko, it was decided to speak to scientists of the Chairman of the Society of Tatar Local Historians of the Republic of Tatarstan, Professor A.A. Burkhanov.

A.A. Burkhanov’s speech was listened to with great attention and interest. According to Professor E.R. Tagirov, local history has become the most important area of humanities and  a fundamental part of national identity. This is the significant experience and merit of the local history structures at the World Congress of the Tatars.

It was also decided to create a local history department at the Tatarstan regional branch of the Petrovsky Academy of Sciences and Arts, which was headed by A.A. Burkhanov.