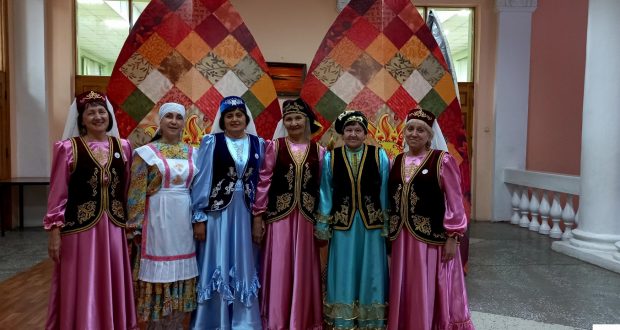 The Altai Regional Public Organization “Center of Tatar Culture “Dulkyn” (Wave) took part in the anniversary of the city of Novoaltaisk. 80 years ago, the workers’ settlement was given the status of a city. 74.5 thousand people now live in the village, a third of which are young people.

Activists of AKOO “Dulkyn” (Volna) took part in the grand opening of the holiday and congratulated the residents of the city. Many activists of the regional Tatar center live in Novoaltaisk and contribute to the preservation and development of Tatar culture. Also, the Tatars from Novoaltaisk made a great contribution to the life of the city, working in the field of education, healthcare, law and order, culture and industry.