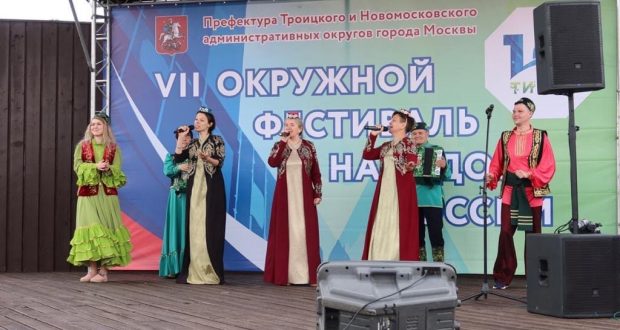 The collectives of the Tatar cultural center “Khazinә” and “Nur” took part in the VII district festival of the peoples of Russia, which was organized by the prefecture of the Trinity and Novomoskovsky autonomous districts of Moscow.

The Youth Chamber of each settlement included in the AO prepared creative performances for the audience of the festival.
The collectives of the Tatar cultural center – the ensembles “Khazinә” and “Nur” were invited to take part in the festival by the youth chambers of the settlements “Vnukovskoye” and “Filimonkovskoye”.

Both collectives  were awarded honorary diplomas for participation in the festival, signed by the prefect of the Trinity and Novomoskovsk administrative districts D.V. Nabokin.