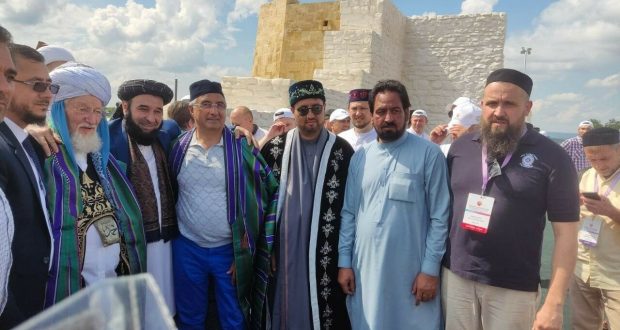 The delegation of the Tatar community of Afghanistan, within the framework of the events of the VIII Congress of the World Congress of Tatars, visited the Bulgarian Historical and Architectural Museum-Reserve.

“Many thanks to the organizers of the congress for giving us the opportunity to touch our historical roots,” Zabihullo Naderi Tatar, head of the Afghan Council of Tatars, shared with a Tatar-inform journalist.

After the general prayer, which was held by the Supreme Mufti of Russia Talgat Tadzhutdin, the delegation visited the museum objects of Bolgar. The delegates shared their impressions online with their relatives, who gathered in dozens to watch from the Afghan side. Everyone admired the beauty of Bolgar.

“The Afghans became interested already during a joint bus trip to Bolgar with the Tatars who came to the congress from different regions. Together with everyone, they sang Tatar songs to the accordion,” said Rustam Khabibullin, curator of the Afghan delegation, general director of the Kazan Charitable Patriotic Fund of Muslims of Russia, whose representative office is in Kabul.