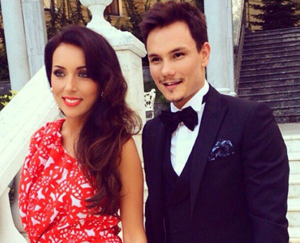 The Duo of Two Tribesmen

The young singer from Mordovia Nail Gimadeev, member of “Golos (Voice)”, sang a duet with the famous singer Alsou, having won, in due time in a second place at the international song contest “Eurovision”. Their joint composition is named “Love”. Already a video clip has been shot for this song. “All proceeds from the sale of the composition and the clip, go directly to the charity fund Konstntin khabensky ” – says the singer. Money according to N. Gimadeev will be spent on the treatment of children with cancer and other diseases of the brain. New song by Nail Gimadeev and Alsou about love. It is love that gives a person the strength and inspiration to move on.

“Nail knows firsthand what a struggle with obstacles is, and overcome them, -tells Alsou. – When he told his story and the idea of how to convey the faith in the saving power of love to others, me, without hesitation, has agreed. I think this would explain why we want to give this song a charitable fund, moreover to a person whom we all immensely respect for his countless good deeds for his selfless love for people. ”

Nail Gimadeev in 2005 graduated from secondary school in a village of Bolshie Mordoskie Pochaty of the Yelnikovsky Region, and then – Architecture and Civil Engineering Faculty of Mordovia State University n. a N. Ogarev. Performed at various republican concerts. At the present time – a student of the Russian Academy of Music of the Gnessins in Moscow.

According to the newspaper “Sputnik-Yuldash”