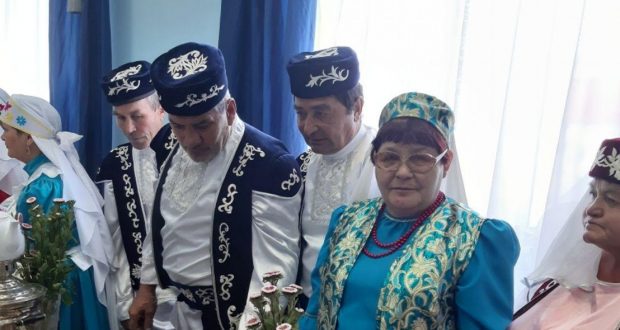 The first oblast festival-contest of traditional Tatar culture “Miras” (“Heritage”) was held in the village of Ust-Orda, in which collectives preserving and promoting the traditional music, song, dance folklore of the Tatar people from five regions of the Ust-Orda Buryat district took part.

The UOBO administration plans to make the Miras festival-contest traditional,  and hold it annually in different municipal districts of the oblast  with the invitation of amateur artists from all over the Irkutsk region.

– The open format of the festival will create a wide creative platform for introducing the young generation to the Tatar language, history and culture. Representatives of more than 60 nationalities live on the territory of UOBO, the culture and mother tongue of each nation should be preserved and developed, ”said Andrey Dmitriev.

The festival program consisted of three parts: the Sandugach Sairavy vocal contest (Nightingale singing), the National Color culinary competition, and the folk art crafts competition. Folk Tatar ensembles and folk song performers in age groups up to 15 years old and from 15 to 30 years old took part in the vocal competition. In the culinary competition, the participating teams presented dishes of national cuisine. Author’s works were presented at the exhibition of folk crafts. Craftsmen and young talents in the field of arts and crafts were invited to participate in the exhibition-competition of folk art.

Sergey Chasovnikov from Osinsky district (age group up to 15 years old) and Rosalia Godylshina from Ekhirit-Bulagatsky district (age group from 15 to 30 years old) won the Soloists nomination in the vocal competition. In the nomination “Ensembles”, the first place was taken by the Tatar folk ensemble “Altyn Koyash” from “Ekhirit-Bulagat district. In the culinary competition, the Altyn Koyash ensemble was also recognized as the winner. In the competition-exhibition of folk crafts, the first place was awarded to Mindian Suleymanova from Ekhirit-Bulagat district.