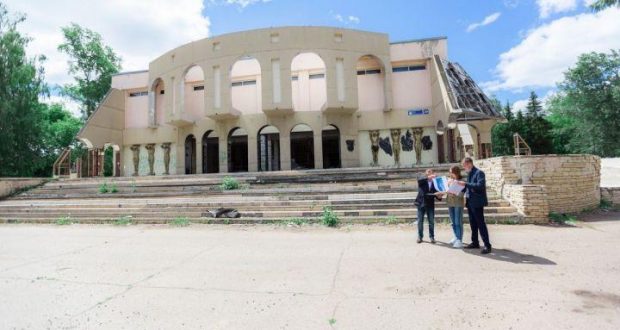 The Tatar Drama Theater of Naberezhnye Chelny plans to celebrate its 30th anniversary in a new place – in the building of the former RK “Colosseum”, where reconstruction is currently underway.

The project of the theater is fully approved, it is slightly different from the one that was presented earlier. This was announced at a press conference by  director of the Tatar Drama theater Rashat Fayzerakhmanov.

“The project is approved by  leadership of the Republic of Tatarstan, it suits everyone. All our needs are included in it. Over 1 billion rubles have been allocated for the reconstruction of the building. As for the terms, then perhaps the 30th anniversary of the theater will be celebrated on a new stage – December 21, 2020, ”said Rashat Fayzerakhmanov.

Some changes were made to the project presented earlier – in terms of Tatar ornament and color.

The old stage sets will be adapted to the new stage. In the new theater, the stage is a different size, it will be rotating, with a diameter of 10 meters.

This season is pre-anniversary, its opening will take place on October 4. On this day, spectators are waiting for the play “Khush Agyydel”.