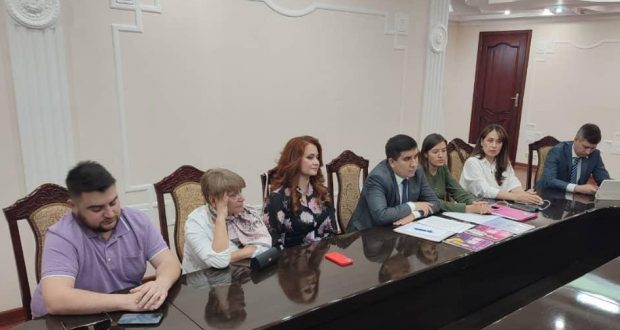 Danis Shakirov, head of the executive committee of the World Congress of Tatars, is on a working trip to the Republic of Uzbekistan.

There was a meeting of the organizing committee on the final of the international competition “Tatar kyzy”, a scientific and practical conference dedicated to the history of the Tatars of Uzbekistan and the 30th anniversary of the Tatar cultural center in Tashkent.

The meeting was also attended by the Chairman of the Tatar Cultural Center in Tashkent Rishat Nabiullin, the representative of Tatarstan in the Republic of Uzbekistan Aydar Akhtareev, President of the Directorate for the International Competition “Tatar Kyzy” Lena Kolesnikova, Executive Director of the Directorate of the International Competition “Tatar Kyzy” Guzaliya Giniyatullina.