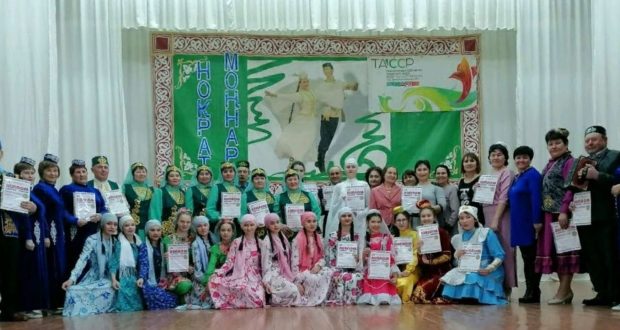 The 9th Interregional Festival-Competition “Nokrat Monary” was held without spectators in the village of Nuriner, Baltasinsky District. Creative groups of the Baltasinsky and Kukmorsky regions performed on the stage together with  amateur art groups of the Malmyzhsky region. Yazilya Askhatdinova,   chairman of the national-cultural autonomy of the Tatars of the Kirov region, spoke about this.

“It is gratifying that this year there are more young people among the participants. The competition has turned into a literary platform, ”said Yazilya Askhatdinova.

“There was no competition between the participants, but a warm atmosphere. Thanks to Yazila khanum, who gathered people in love with  songs and melodies of the Tatar people, and taught us to perceive this evening not just as entertainment, but as the fate of our people, its history, way of life, ”said Gulsina Gaifutdinova, director of the Tatar Kumbashevsky  Village House  of Vulture  , Gulsina Gaifutdinova, holder of the I diploma. degrees in vocal among the elderly.