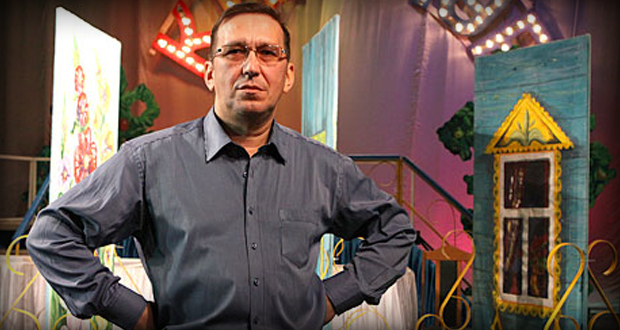 November 22, 2014, at the Tatar State Theatre of Drama and Comedy after K. Tinchurin a play by William Shakespeare “Hamlet. Scenes” to be performed in honor of the 50th anniversary of the Honored Artist of Russia, Honoured Art of Tatarstan, Professor of theatrical creativity, chief director Rashid Mullagalievich Zagidullin.

Prominent theater critic and a leading expert on the works by William Shakespeare A.V. Bartoshevitch after watching the play “Hamlet. Scenes ” staged R.M. Zagidullin rated this performance as follows:” The director splendidly finds specific items, which are viewed through the fundamental elements, and very lively and very serious the play is growing. A true spectacle by modern theater, which Kazan to be congratulated on! “.

For more than 20 years R.M.Zagidullin puts a huge amount of creative forces in making of the theater. His share fell on difficult time of transition, when the theater of “mobile” was changing to stationary. During this difficult period of misunderstanding and conflicts associated with the change of attitude to the production and creative process, R. M. Zagidullin skillfully smoothed, combining all by collective productive creative work.

Throughout his tenure as chief director R. M. Zagidullin boldly stages innovative, conceptual performances, using different and unexpected artistic means and the capacity to address the stage space. The repertoire of the theater enjoys such productions as “While flowing river Itil” by N.Fattakh, “Widow’s steamer” by I. Grekova, “Extinguished stars” by K.Tinchurin, “Crazy Day or The Marriage of Figaro” by P.Bomarshe, “Little Shoes” by T. Gizzat, “Mother Kurazh and her children” by B. Brecht, “Hoja Nasretdin” by N. Isanbet, “Dream” by T.Minnullin, “On Bottom ” and “Philistines” by M.Gorky, “The Legend of love” by N. Hikmet, “Gulshayan” by M. Amir,” The House of Bernarda Alba ” by F.Lorka,” Love life ” by G.Tukay, “Hamlet “by W.Shakespeare and many others.

Over twenty years of work on the home stage he has staged more than 70 performances! Updated repertoire policy changed the attitude of the viewer, and the theater has become one of the favorite national teams in the country.

Zagidullin R.M. is doing a great job in promoting the Tatar culture outside of Tatarstan.

R. M. Zagidullin first and only director in Tatarstan, who in March 2010, for the first time in the history of Turkish-Tatarstan relations with great success puts a musical drama by classics of Tatar theater K. Tinchurin and S. Saidashev “Withered stars” with artists of another state. First time, characters of the Tatar play talked and sang in the Turkish language at the State Drama Theatre “Kuchuk tiuatro» in Ankara.

And in April of the same year, at the invitation of the Ministry of Foreign Affairs of Turkey, in Ankara, a poetic performance on the work by G.Tukay “Love Life” directed R. M. Zagidullin. After the play, the issue was initiated on holding days in Turkey, dedicated to the works of the poet. As a result, in the framework of the organization “TURKSOY”, next year was devoted to the works by the poet, and in Ankara, a monument to the great son of the Tatar people Gabdulla Tukai was installed.

This is an incomplete list of cities where the theater went on tour in recent years.

Today, carefully preserving the traditions of Tatar theater, R.M. Zagidullin boldly stages new performances in different genres. On stage of K.Tinchurin theater, historical dramas are played about the life of Tatar people elevating spirit and national identity (“The Last Legend” by M.M. Malikov, “Yusuf and Zulaikha” by N.Hisamov), the musical performances are being staged (“Finicky fiance ‘ by K.Tinchurin,” Grooms ” by H.Vakhit). He is actively working in the restoration of such a complex genre as a literary theater (“Love life!” by G.Tukay, “We- children ’41” by M.Magdeev, “Roads of Destiny” by R.Valeev). These and many other initiatives are directed to the constant search for new forms and methods of implementation in the work of the entire collective of the theater.

R.M. Zagidullin is an active participant in the All-Russian conferences and laboratories on the development of Russian theater art.

Professor of the Department of Theatre Art KSUCA, R.M. Zagidullin enjoys an extensive teaching experience. Over 20 years, he is the artistic director of acting and directing courses that shares the secrets of professional skills with young talents.

Today, many of his disciples with great success continue the work of their mentor in many creative venues of the country.

R.M. Zagidullin is able to see the future, very subtly hear the pulse of modern life, thanks to his principles, organizational skills and energetic creative activities, Theater named after K.Tinchurin today has become one of the leading national collectives of the Republic of Tatarstan.