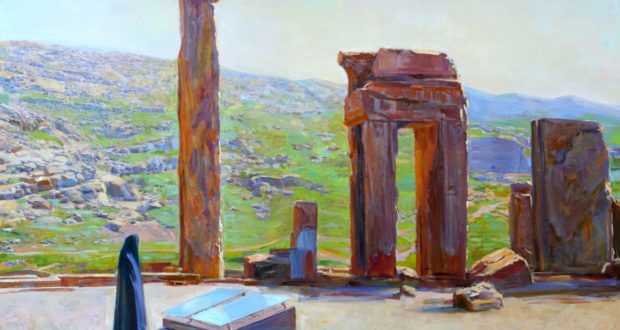 For a significant event – the 1100th anniversary of the adoption of Islam by the Volga Bolgaria, an artist-trainee of the creative workshop of the Russian Academy of Arts in Kazan, Ilyushkina Polina Valerievna created a series of paintings reflecting this great event – a series of pictorial and graphic paintings, written as a result of her creative trips to Iran, Turkey, Uzbekistan, Tajikistan, Egypt and other countries of Muslim culture.

Polina Valerievna Ilyushkina was born in Kazan. In 2005-2009 studied at the Kazan Art College. N.I. Feshina. In 2015 she graduated from the Moscow State Academic Art Institute. V.I. Surikov. In 2018 she was admitted to the Creative Painting Workshop of the Russian Academy of Arts in Kazan. P.V. Ilyushkina is a member of the Union of Artists of Russia and the Creative Union of Artists of Russia.