Home / News / The Museum of Fine Arts of the Republic of Tatarstan received 600 pieces of art as a gift: painting, sculptures of  bronze and marble 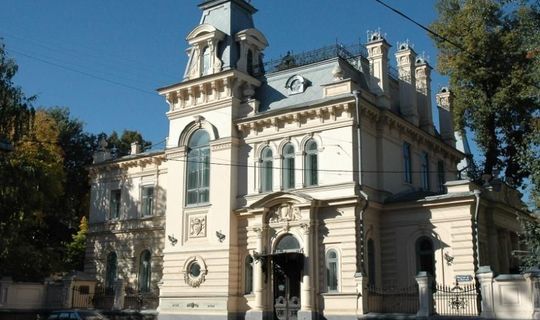 The Museum of Fine Arts of the Republic of Tatarstan received 600 pieces of art as a gift: painting, sculptures of  bronze and marble

“These are absolutely wonderful things – they are not   plaster. More than 250 Soviet-era sculptures of bronze, marble and granite by artists from different republics of the USSR, as well as painting (there is even a unique portrait of a teenager Lenin) and decorative and applied art. A large number of graphics, including the Baltic. And in our country the Baltic region has never been represented at all, ”Nurgaleeva said.

According to her, such a replenishment of the funds became possible thanks to the decision of the Ministry of Culture of the Russian Federation in connection with  growth of collections of large museums and, at the same time, the actual lack of the opportunity to demonstrate all the exhibits collected over the years.

“They have accumulated a lot of works, they were under weak supervision and were not exhibited. We are the only museum that showed up at a good level, so that these works were handed over to us (many museums showed up only for 2-3 items, 20 works). We insisted on making a good selection. Since this year we have the centenary of the TASSR, it is mainly Soviet art of the 20th century that is transferred to us, ”explained  director of the Pushkin Museum of Fine Arts.

“It is very difficult – this requires equipment, etc., but we were preparing for this purposefully. We have been working on this topic for two years now, and it is a great achievement for us to get so many works handed over to us. But at the same time, the sculptures need to be put in order: they stood on the concrete floor – not like in our storage facility, where dust is removed, climate control, etc. It is elementary to make measurements of the sculptures, ”said the agency’s interlocutor.

It is planned to start demonstrating new acquisitions in parts already in 2021 – as soon as they are brought into proper form and included in the catalog of funds of the  RT l  Museum of Fine Arts.

By the way, according to the now popular trend, we  consider  attracting volunteers to the description of the newly arrived exhibits, their measurements. Previously, this possibility has already been discussed with  curator of the Museum of Fine Arts of the Republic of Tatarstan.