Home / News / The new Minister of Forestry of the RT 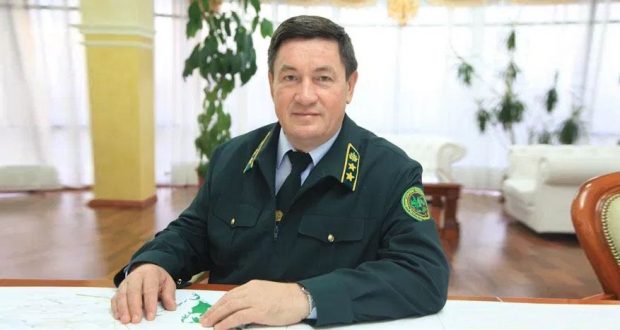 The new Minister of Forestry of the RT

Today, a new chief of the RT Ministry of Forestry has been presented to the staff. This position took Almas Nazirov, who previously was head of the RT municipal Arsk region.

Former head of the ministry since 2010 Nail Magdeyev left post in connection with transition to a new job.

“The main thing is that these changes make it possible for each person to realize himself and expose on the new place” – Prime Minister of Tatarstan Ildar Khalikov noted in his welcoming speech.

Head of Government, presented the staff of Ministry of Forestry the new Minister of the Republic of Tatarstan. He thanked Nail Magdeev on behalf of the President, the Government and Parliament of Tatarstan for activity as a minister and said that during his time the Ministry achieved high rates. In particular, in 2013, Tatarstan was recognized as the best subject of the Russian Federation for organization and maintenance of production of forests.

“A huge amount of investment, structural change, creating almost an industrial cluster within the government structure. This is a good example. It is important that it all happened in partnership with major investment companies, “- I. Khalikov praised the work of the former Minister Halikov.

Special thanks Prime Minister of the Republic of Tatarstan expressed for assistance in the Universiade 2013, revival of the historical center of Kazan, for preparing cadres from school-age children and more.

Ildar Khalikov handed the new Minister of Forestry a ministerial portfolio and badge of member of the Government of Tatartsan.

In his welcoming speech Almas Nazirs said that today is a special day for him. “I’m after a 13-year break, back in the

forest world. Forest – my life, destiny, profession. I gave 26 years of service to forestry of Tatarstan “, – he said.

The new Minister of Forestry RT assured that thanks to good team created by N.Magdeev, the task set for conservation and rational management of forests would be achieved.

For reference. Nazirov Almas Aminovich born on February 29, 1956 in village Siza of Arsk region district of Tatarstan. In 1981, graduated from Mari Polytechnic Institute, on specialty “a forestry engineer.” In 2004. graduated from the Moscow State University of Economics, Statistics and Informatics (“banking”). In 2006. graduated from the Institute of Management and Law (“Law”).