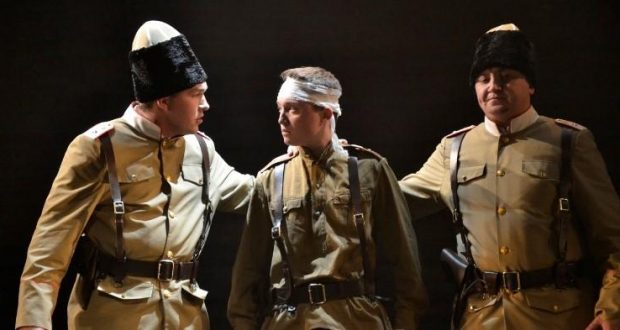 Theatrical Olympiad 2019 is a large-scale festival, a platform for  development of global theater integration and dialogue among theatrical figures of different countries. The festival will include tours of the best foreign theaters, national theaters from the regions of Russia, as well as lectures and master classes by leading theater figures.

In the framework of the Theater Olympiad 2019, on October 11-12, at the main stage of the Alexandrinsky Theater, the Tatar State Academic Theater named after G. Kamal will present at the festival his performance “Rooster Roofed on the Wattle fence” (“aтyach  mengyan chityanga”) based on the novel by the classic of Tatar literature A. Gilyazov.

At the center of the story, two large families from the 70s of the last century are passionately at odds with each other over small trifles, such as the age of an ordinary rooster or the size of a wardrobe.