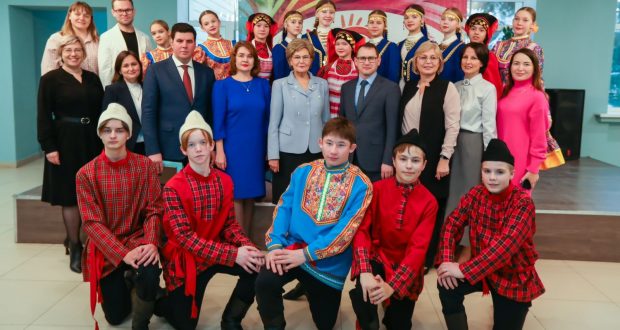 On November 26, Kazan hosted the republican children’s festival of folk art “We are together.” The founder of the festival is the Ministry of Education and Science of the Republic of Tatarstan and the Republican Center for Extracurricular Activities.

About 35,000 children from 700 educational institutions of the Republic of Tatarstan take part in the competition every year.

200 soloists, 300 creative teams participated in the republican stage, more than 1100 products of arts and crafts were presented.

The festival ended with a big Gala concert and an exhibition of arts and crafts, which were held at the Kazan State Institute of Culture.