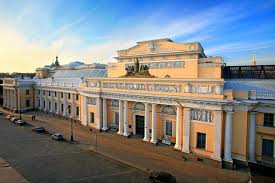 The opening ceremony was attended by the Permanent Mission of the Republic of Tatarstan in St. Petersburg and the Leningrad Oblast, cultural attachés of the embassies of different countries, representatives of the museum community, the Friends of the Russian Ethnographic Museum, cultural figures and the Tatar community of the region.

The welcoming speech to the guests of the exhibition has been  addressed by  Director of the Russian Ethnographic Museum Vladimir Gruzman. On behalf of the Tatar community,  chairman of the Tatar autonomy of St. Petersburg, Rais Yarkaev, thanked the museum’s management and staff for organizing the exhibition and presented to the museum fund an old towel with Tatar ornament.

For the first time, museum objects in a single exhibition space present museum items that reveal the common and distinctive features of various ethnic, territorial and ethno-confessional groups of Tatars in Russia. Most of the exhibits belong to the end of the nineteenth and beginning of the twentieth century.

The detailed exposition clearly demonstrates the preservation and development of national traditions in  decorating  and  dwelling, costume, cult attributes, applied art of the whole range of Tatar culture. The central place is given to the costumes of the second half of the nineteenth and beginning of the twentieth century, which was common among the Kazan Tatars-the largest group of Tatars in Russia. At the exhibition one can also get acquainted with the festive and casual clothes of Mishars, Kasimov Tatars, Kostroma, Siberian, Crimean Tatars, Nagaibaks, Baptized Tatars.

In a special section of the exhibition, the products of handicrafts and crafts are demonstrated, which, had been developed for many centuries, have survived to the present day. Among them are jewelry and tanning, as well as gold embroidery.

The tradition of making patterned leather shoes is known to the Tatar masters from ancient times. As a rule, men were engaged in  dressing of leather, their coloring and cutting, and women stitched the blanks using metallized, silk or cotton threads.

Jeweler’s art of the Tatar masters represents a wide palette of various products and virtuosic performance techniques. Most exhibits of the section date back to the second half of the 19th century. – the period of its highest flowering. The masters governed  all the methods  of jewelry technique, based on  artistic traditions of the Volga Bulgars, who comprehended the secrets of the artistic processing of metal in ancient times. Tatar jewelry earned deserved fame for its creators, who managed to raise the craft to the level of high art.

In total, the exhibition presents about 300 exhibits, which constitute the “golden fund” of the museum collection and are a unique source of exploring  for researchers, and are of great interest to the most demanding visitors of the Russian Ethnographic Museum.

Permanent Mission of the Republic of Tatarstan

In St. Petersburg and the Leningrad Oblast 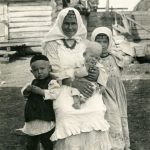 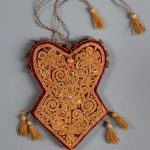 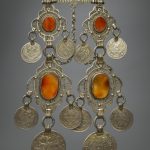 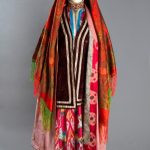 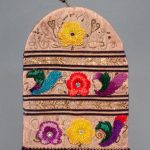