Home / News / The site milliard.tatar has extended the competition “Who is the main Tatar of the world?” 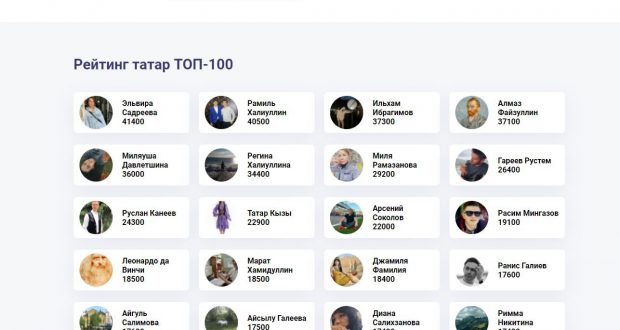 The site milliard.tatar has extended the competition “Who is the main Tatar of the world?”

According to numerous requests from subscribers of the milliard.tatar website, the competition “Who is the main Tatar of the world?” extended. This was reported by the site moderators.

“We   have  decided that it would be logical to sum up the results not on October 15, but on November 15 – the day after the end of the All-Russian population census. More than 700 people have already taken part, ”said the site moderators.

The participant of the competition, who will score the highest number of points, will be able to travel to five historical cities inhabited by Tatars. Thus, the winner will visit Istanbul, Almaty, Ufa, Kazan and Tyumen.

In addition, several new features are coming to the platform soon. So, visitors will be able to correspond in the general chat, as well as take part in the game on the milestones of the Tatar people. The service offers new ways to increase points. In addition, the interface will be updated on the site for more convenient use.