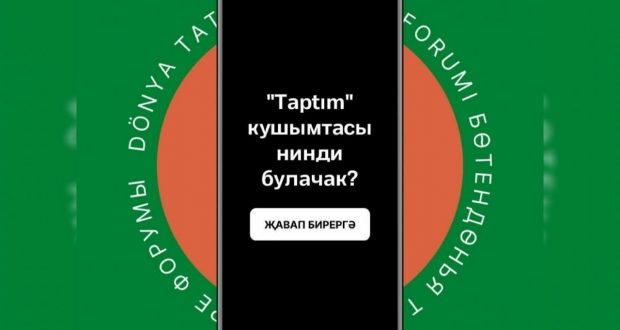 The World Forum of Tatar Youth launches an app “Taptym”

The World Forum of Tatar Youth has started to develop an application “Taptym” for Tatar boys and girls.

“The idea of creating an application appeared in early 2021. After interviewing young people about what kind of IT project they need, we realized that many people are concerned about the issue of dating”, said Rainur Hasani, app developer.

According to him, two goals can be achieved through this app: to create a family and make friends.

Currently, the design of the app has been developed, technical issues have been resolved.

“This year we won a grant and started implementing “Taptym” . We plan that the application will be launched early next year. Everyone will be able to use it for free”, said Rainur Hasani.