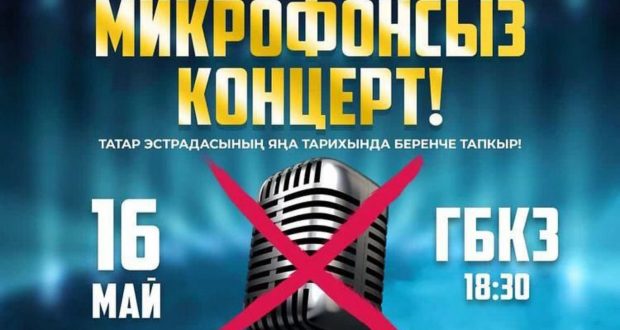 On May 16, at the State Concert Hall named after S. Saydashev, the Vagapov Festival for the first time in the modern history of the Tatar stage will present a new unique project “Microfonsyz concert” / “Concert without a microphone”.

On this day, the masterpieces of the Tatar vocal culture, as well as new pop songs will sound in their original form, in their natural beauty. Professional musicians and an orchestra will help create an exceptional atmosphere. The use of not only a phonogram, but also a microphone is excluded.

The author and general producer of the project is Rifat Fattakhov.