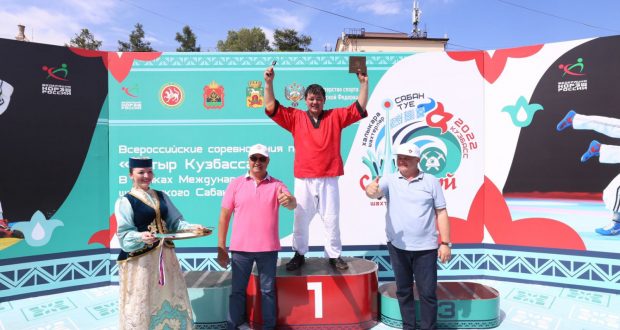 Vasil Shaikhraziev presented the award to Batyr of Kuzbass

One of the most long-awaited events was the Tatar national wrestling tournament “Koresh” “Batyr of Kuzbass”.

Tatarstan athlete Musa Gallyamov became the absolute Batyr of Sabantuy. Deputy Prime Minister of the Republic of Tatarstan, Chairman of the National Council of the World Congress of Tatars Vasil Shaykhraziev presented the winner with a gift from the President of the Republic – the keys to the Lada Granta car.

The II International Mining Sabantuy was visited by honored guests: the President of the Republic of Tatarstan Rustam Minikhanov, the Governor of the Kemerovo region Sergey Tsivilev and others. The masters of arts of Tatarstan and the Kemerovo region presented a concert program, national farmsteads worked and a record was set – the most massive round dance in national costumes “My Motherland – Siberia”.