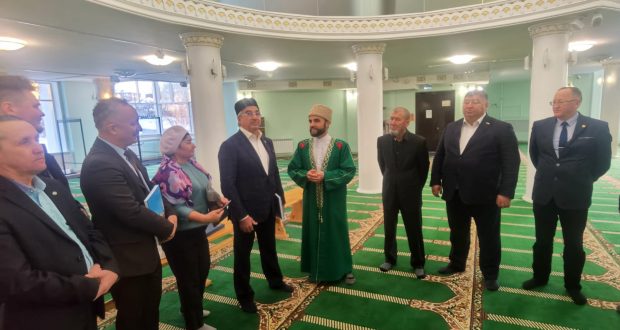 As part of a working visit to the Republic of Udmurtia, Deputy Prime Minister of the Republic of Tatarstan, Chairman of the National Council of the World Congress of the Tatars Vasil Shaykhraziev visited the Central Mosque of Izhevsk.

The opening ceremony of the new mosque took place on August 10, 2016. It’s located in Pervomaisky district.

The capacity of the Central Mosque is 1500 people. The mosque has two large minarets and one small one.

The Chairman of the Spiritual Administration of Muslims of the Udmurt Republic, Mufti Faiz Hazrat Mukhametshin, acquainted the Chairman of the National Council with the history of the Central Mosque. Vasil Shaykhraziev, in turn, presented the mosque with memorable gifts – books and a shamail. 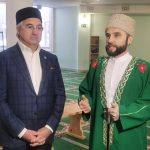 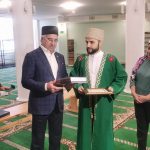