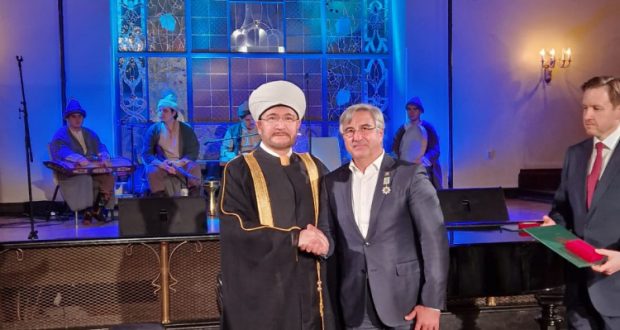 Deputy Prime Minister of the Republic of Tatarstan, Chairman of the National Council of the World Congress of the Tatars Vasil Shaykhraziev took part in the events held within the framework of the XVIII International Muslim Forum.

On December 9, Chairman of the Spiritual Administration of Muslims of the Russian Federation Ravil hazrat Gainutdin awarded Vasil Shaykhraziev with the honorary Order “Al– Fakhr” for his great contribution to the spiritual and cultural development of the Tatar people and loyalty to the ideas of national revival.