Home / News / We are waiting for Rinat on Sabantuy 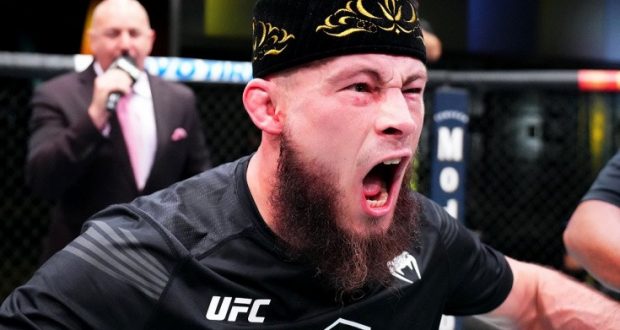 We are waiting for Rinat on Sabantuy

Our compatriot, a native of the famous village of Belozerye of the Republic of Mordovia, Tatar wrestler Rinat Fakhrutdinov, in his first appearance at the UFC championship, defeated the Greek fighter Andreas Mikhailidis. With this victory, he brought his total winning streak to 19 fights. In connection with this great achievement, Deputy Prime Minister of the Republic of Tatarstan, Chairman of the National Council of the World Congress of Tatars Vasil Shaykhraziev sent a congratulatory letter to his compatriot, who received the nickname “Tatar gladiator” in the world of sports. The congratulatory letter says: “We are proud of you and grateful that you, like a real Tatar horseman, remember and respect your family, your native land, the republic that raised you, show respect for the Motherland, for the Tatar people and the Republic of Tatarstan.”
We called Las Vegas and got in touch with Rinat’s agent-manager Marat Kapkaev. “At this moment, Rinat is already flying through New York to Miami. There are training again, ”said Marat. In two weeks, Rinat Fakhrutdinov will return to his homeland. We hope that at the All-Russian rural Sabantuy in Mordovia we will meet with the brave fighter of the Tatar people Rinat Fakhrutdinov.