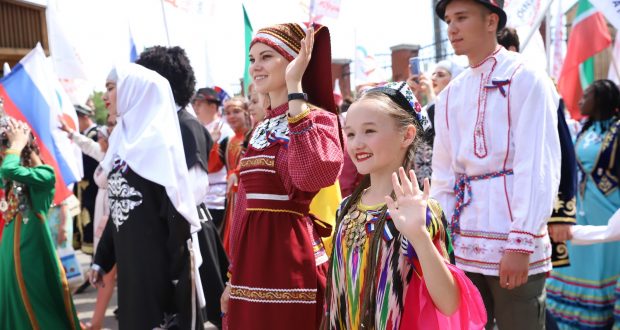 On November 4, the youth of Tatarstan will take part in a number of events in honor of the Day of National Unity. Official accounts of organizations will become platforms.

Thus, the Youth Assembly of the Peoples of Tatarstan in its @ mant.tatarstan account will hold an online marathon “Many-Faced Tatarstan”. Within its framework, they will acquaint with the national uniqueness of the population of the republic.

All-Russian actions are also planned, where our activists will take part.

Russian student teams will start at 12.00 with a creative concert “Unity in the RNO!” on the official Instagram account @rso_official. On this site, a live concert will be held with creative performances from members of the RNO from different regions of the country, where each fighter will emphasize the characteristics of his people.

In the same account, the online quiz “The Peoples of the North Ossetia” will be held, which will be based on interesting facts about the peoples of the region, the history of the fighters of student groups about their people and a reason for pride.

The Russian Youth Union will tell about the cultural peculiarities of the peoples of Russia. On November 4, using the hashtag # RSMUnites you will be able to see an abundance of dances, songs, poems, national dishes and games on musical instruments of different peoples living in the country. The result of the action will be the creation of a video that will be collected from the published videos.

The youth affairs departments in the districts and cities of Tatarstan will also join the all-Russian campaigns and will hold a quiz game “Russia is our common home”. Participants will answer intellectual questions about the history of Russia and historical events related to the holiday, customs and rituals, national crafts and crafts, culture and art, music and literature, the origin of dishes.

They will also take part in the flash mob “Aesthetics of my people”. In photo or video format, they will show nature, faces, folk costumes, cuisine of their people. It should be noted that everyone can join it.

Another action, in which the youth of Tatarstan will take part, will be #RussiaVOurHeart. As part of it, you need to shoot a video on the topic “What if you ended up in my city for one day?” with reference to the national characteristics of the territory.

For everyone there is an opportunity to write the Great Ethnographic Dictation. It will take place from 3 to 7 November online on the official website.